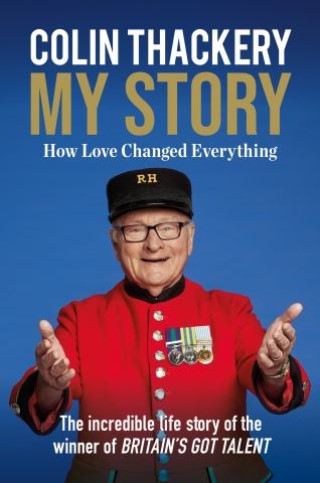 How Love Changed Everything  from the Winner of Britain's Got Talent

A tale of survival, love, hardship, family, heartbreak and triumph.

This is the incredible story of 89-year-old Chelsea Pensioner Sergeant Major Colin Thackery who, in 2019, made history by becoming the oldest person to win Britain's Got Talent. The show gave a glimpse into Colin's history, but the truth of his unique and eventful life is far more gripping and surprising than viewers could have imagined.

Enthralling, poignant and inspiring, this book tells Colin's story, from being a child helping Air Raid Wardens during The Blitz, through fighting in the Korean War, touring the world with the army, becoming a widower after 66 years of marriage, life as a Chelsea Pensioner and touching the nation's hearts with his show-winning singing in honour of his late wife, Joan.

Ultimately, Colin's story is a tale of triumph: of resilience in the hardest of times; of hope in the face of despair; and of everlasting love.