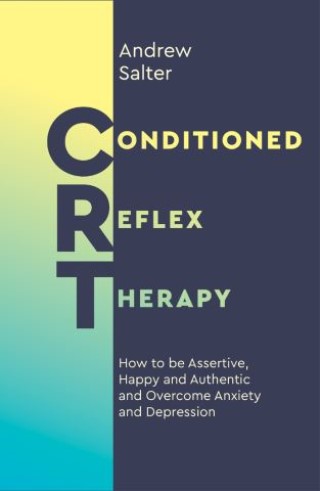 How to be Assertive, Happy and Authentic and Overcome Anxiety and Depression

Welcomed as a revolutionary and effective approach to improve people’s mental health and help them find happiness when it was first published in 1949, Andrew Salter's Conditioned Reflex Therapy introduced both the fundamental ideas of behavior therapy and many techniques still practised today.

This classic guide, which is perhaps the first self-help book, includes specific methods for assertion, getting in touch with your feelings, relaxation, and using imagery to overcome phobias, anxieties, and depression. Captivating  and direct, it still seems fresh, though it also conveys the spirit of New York City in the late 1940’s. It vividly evokes the timeless concerns of people striving for happiness and self-actualization amid the energy of post-war America, the hum of traffic, the buzz of restaurants and cocktail parties. It will teach you how to be more aware of your feelings and more authentic in your life, and thereby to be happier and more fulfilled in your relationships and career.

Andrew Salter: Andrew Salter (May 9, 1914 - October 6, 1996) introduced conditioned reflex therapy, the first systematic approach to behavior therapy , in 1949. It emphasized assertive and expressive behavior as the way to combat inhibitory behavioral and self-defeating cognitive patterns which Salter argued were the underlying causes of most neuroses. In the early 1940's, Salter developed a model of hypnosis and hypnotherapy based on conditioning which has since become broadly accepted.