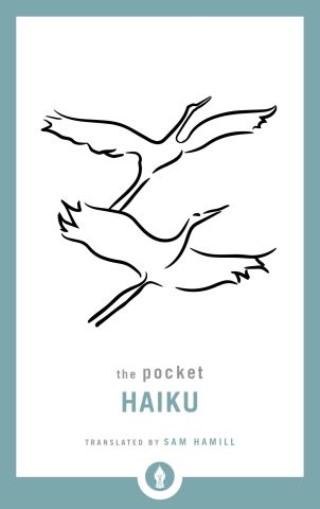 Quintessential classical Japanese haiku--selected and translated by one of America's premier poet-translators--now available in a pocket edition.

In this collection of haiku, translator Sam Hamill has compiled the best from the tradition, spanning the sixteenth through nineteenth centuries, with particular focus on the three great masters: Bashō, Buson, and Issa. Based on images from nature, the poems address the themes of joy, temporality, beauty, wonder, loneliness, and loss.

Haiku may be the most popular and widely recognizable poetic form in the world. In just three lines a great haiku presents a crystalline moment of image, emotion, and awareness. Elements of compassion, silence, and a sense of temporality often combine to reveal a quality of mystery. Just as often, haiku may bring a startling insight into the ordinary, or a flash of humor. Collected here are over two hundred of the best haiku of Japanese literature--written by the great masters of the genre.

This is a pocket-size reissue of The Sound of Water (Shambhala, 1995).

Sam Hamill: SAM HAMILL has translated more than two dozen books from ancient Chinese, Japanese, Greek, Latin, and Estonian and is the author of fourteen volumes of original poetry. He has been the recipient of awards from the National Endowment for the Arts, the Guggenheim Foundation, the Lila Wallace-Reader's Digest fund, the Andrew Mellon Fund, and the U.S.-Japan Friendship Commission.