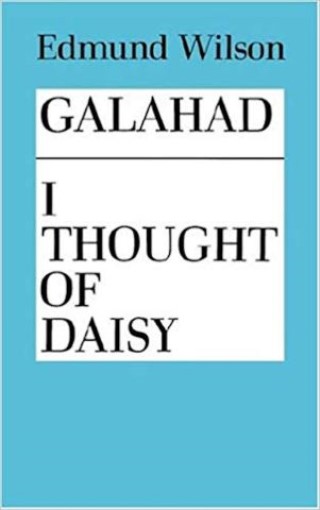 Galahad and I Thought of Daisy

From one of the leading literary critics of his generation comes the first of Edmund Wilson's three novels, I thought of Daisy, published together with his short story "Galahad."

Set in Greenwich Village in the 1920s, Edmund Wilson’s I Thought of Daisy tells the coming of age story of a young man living a bohemian life in Greenwich Village in the 1920s, and of his heartfelt relationship with a chorus girl he meets at a party. Fictional sketches drawn from real-life literary figures are scattered throughout, including John Dos Passos and Wilson's lover, Edna St. Vincent Millay.

"What needs to be [said] is how good, if ungainly, Daisy is, how charmingly and intelligently she tells of the speakeasy days of a Greenwich Village as red and cozy as a valentine, of lamplit islands where love and ambition and drunkenness bloomed all at once. The fiction writer in Wilson was real, and his displacement is a real loss." - John Updike

Edmund Wilson: Edmund Wilson (1895-1972) was a novelist, memoirist, playwright, journalist, poet, and editor but it is as a literary critic that he is most highly regarded. His more than twenty books include Axel’s Castle, Patriotic Gore, To the Finland Station, and Memoirs of Hecate County.