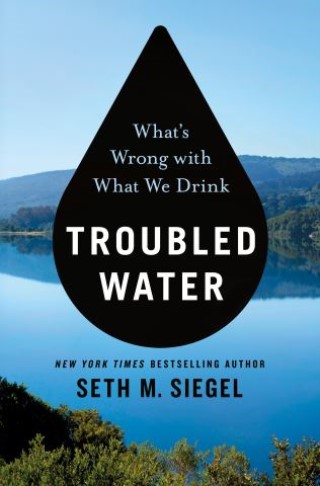 What's Wrong with What We Drink

New York Times bestselling author Seth M. Siegel shows how our drinking water got contaminated, what it may be doing to us, and what we must do to make it safe.

Many are to blame: the EPA, Congress, a bipartisan coalition of powerful governors and mayors, chemical companies, and drinking water utilities—even NASA and the Pentagon. Meanwhile, the bottled water industry has been fanning our fears about tap water, but bottled water is often no safer.

The tragedy is that existing technologies could launch a new age of clean, healthy, and safe tap water for only a few dollars a week per person.

Scrupulously researched, Troubled Water is full of shocking stories about contaminated water found throughout the country and about the everyday heroes who have successfully forced changes in the quality and safety of our drinking water. And it concludes with what America must do to reverse decades of neglect and play-it-safe inaction by government at all levels in order to keep our most precious resource safe.

Seth M. Siegel: SETH M. SIEGEL is a lawyer, an activist, a serial entrepreneur and the author of the New York Times bestseller Let There Be Water. His writing has appeared in The New York Times, The Wall Street Journal, The Los Angeles Times, and in leading publications in Europe and Asia. He has spoken on water policy hundreds of times around the world and in Congress, the United Nations, the World Bank, and at dozens of leading universities. He is married and lives in New York City.